The Need for a Coalition Government in Syria is Now 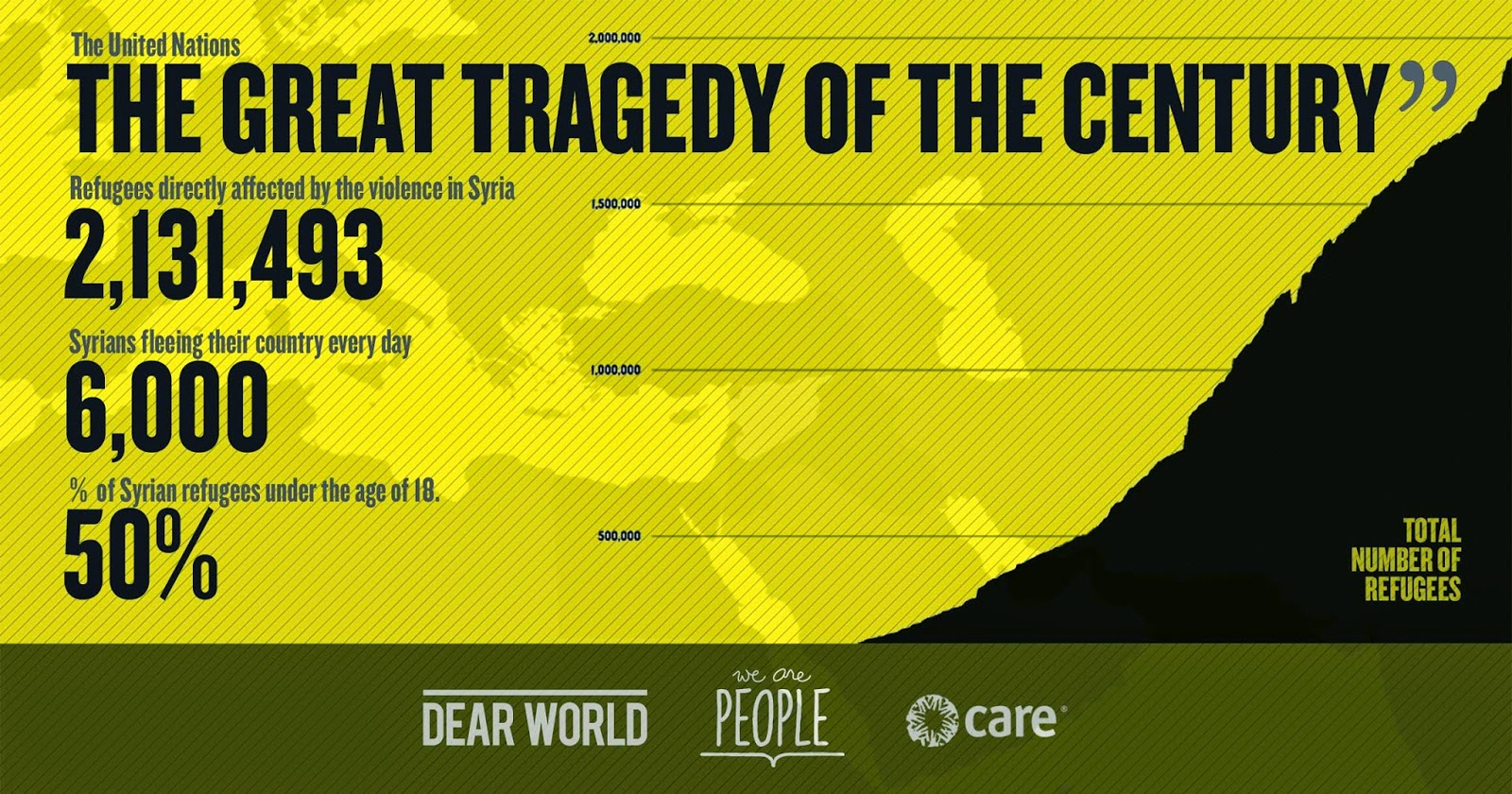 Guest contributor, Dr. Ghaidaa Hetou, is founder of I-Strategic, a political consulting firm that  provides specialized guidance on Middle East and North Africa affairs, to governments and businesses, in the United States and around the world.www.i-strategic.com


It is time for the Syrian opposition and the Syrian government to negotiate a settlement and unite in their efforts to ease the unimaginable suffering of millions of Syrian refugees, the sick, and the orphaned.  A Syrian coalition government could still save state institutions and establish a united front to fight ISIS and other al-Qa’ida linked groups that enjoy safe haven in Syria.

These groups not only pose an existential threat to Syria but they also threaten to destabilize Lebanon’s delicate confessional balance  as well as overwhelm Jordan that is already having difficulty coping with the massive numbers of refuges that have poured across its borders.

It is time for both sides to accept certain political realities.  First, collapse of state institutions in Syria – in effect the development of a failed state - is in no one’s interest, except for ISIS and al-Qaida affiliated groups. Second, an inclusive government is a necessary and an inevitable step towards a solution of the Syrian crisis.

Accepting facts, in other words facing reality, might not be a priority for those who seek an “all-or-nothing” outcome.   In the early days of the Syrian uprising, the opposition’s idea of eradicating the regime and rebuilding political institutions was a dangerous mirage that only prolonged the suffering. The unrealistic expectation of Bashar al-Asad’s regime of eradicating dissent and rehabilitating the pre-2011 Syrian polity is another mirage, that also causes prolonged suffering.

It is time to bring both utopian discourses to an end, and confront the facts and realities that behold Middle Eastern states and their societies.   Most observers agree by now that the so-called “Arab Spring” long ago shed the pretense of civility.

The uprisings, that began in late 2010, did prompt some modest reforms, such as in Tunisia, for example.  Yet the most notable and disturbing realization is that the mythology of radical Islamists, such as ISIS, can benefit from political disruptions. It can flourish, take control of youth aspirations for change, and eventually impose its ideological mission of domination over the “other,” mostly minorities.  This is a far cry from the original promise of the “Arab Spring.”

Not that change, reform and democratization, historically speaking, would have necessitated a peaceful path.   But the collapse of authority, in a fragile Middle East state system, where ethnic and sectarian loyalties trump citizenship, has created a dreaded security vacuum in a number of states.  Libya, Iraq, Yemen, Syria – even Egypt and Tunisia - are suffering from terrorist operations on their respective territory, in varying degrees.

My aim is not to discuss the origins of terrorism and their evolution to a state-like entity (ISIS), that controls territory and resources in Iraq and Syria. The aim here is to propose intermediary steps to garner a wider state level, and regional consensus, to foster manageable reforms and combat terrorism in the Middle East.

Protecting Institutions
This proposal is symbolized by one of the most meaningful and telling conversations in recent days. Mohamed Muncif Marzouki, president of Tunisia, was asked in a Council of Foreign Relations session, why Tunisian security forces have not been prosecuted for human rights violations committed during the uprising in 2010/2011.

His response set an example of critical application of practical wisdom in a certain context. He responded by pointing out Tunisia’s need for an intact military and security apparatus. These two institutions protect and defend Tunisia from internal as well as external threats.  The decision not to prosecute was a political decision, he explained. (http://www.cfr.org/tunisia/conversation-mohamed-moncef-marzouki/p33493).

Iraq has yet to recover from the collapse of its army in 2003. Just when Iraq was most in need of a strong intact military and security apparatus, with a clear command structure, strategic Iraqi territory, including its second largest city, Mosul, fell and was occupied by ISIS fighters who attacked  on trucks in June, 2014. The same scenario has been unfolding in Libya since 2011.  There Islamist militias have been gaining ground against a collapsed Libyan military and security institutions.

Military Component
A critical component of why a coalition government in Syria is essential at this time is that the US-lead coalition airstrikes in Syria against al-Qa’ida and the Nusra Front (Jabhat al-Nusra) require a “boots-on-the-ground” component.  In this sense, the Syrian army, paramilitary, and future trained counter-terrorism force would fill the gap in coordination with US and coalition partners’ airpower.

The political cover for this united military effort would be the coalition government. Since we are in the habit of mentioning facts, Iran’s influence in Syria, exercised  through Hezbollah, needs to be part of the negotiation process, whereby Iran’s influence is geared towards counter-terrorism efforts.  Iran can be a stabilizing factor in the region.

Saudi Arabia, Qatar and Turkey, once in sync with the ISIS-on-our-doorsteps reality, can contribute, in addition to their military capabilities, to providing humanitarian aid and funding rebuilding efforts in Syria.  While both Qatar and Saudi Arabia have clearly made efforts to curb funding for terrorist organizations, it is harder to control individual funding  by no-state groups and individuals, which is still a problem. Turkey is advocating a security zone at its borders on the Syrian side, with little success thus far.

No one should minimize the suffering experienced by millions of Syrians.  Chemical attacks, barrel bombs, missile attacks, beheadings, rape and sectarian revenge massacres have created a humanitarian crisis that is unprecedented since WWII. Syrians have endured unimaginable hardship.  Thousands of children are orphaned and lost without family, education and permanent shelter. 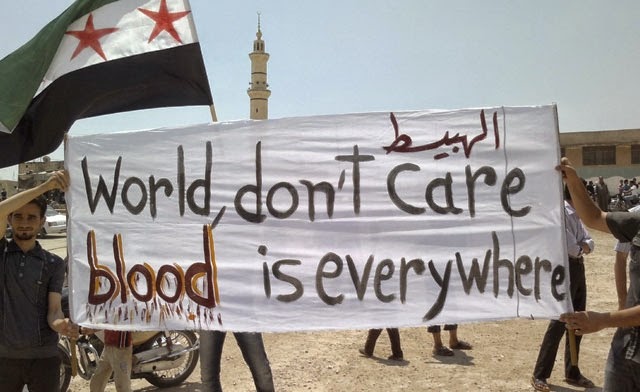 The Syrian crisis has witnessed the epitome of human apathy, not just from the international community, but seen also in  a strongly held perception by Syrians themselves.  This sad and destructive apathy is flourishing among Syrian populace and threatens to leave a negative legacy for the Middle East for decades to come.

It behooves both sides, the al-Asad regime and the moderate opposition, to prioritize easing the suffering of Syrians, support inclusive reforms, join in the rebuilding of the country, and unite efforts to combat an existential regional threat.
Posted by Eric Davis at 12:04 AM No comments:

Iraqis may be humiliated but they still maintain their basic humanity and keep their heads high! A Report on the refugee crisis in Iraq and the role of "Our People" (Nasuna) in confronting it 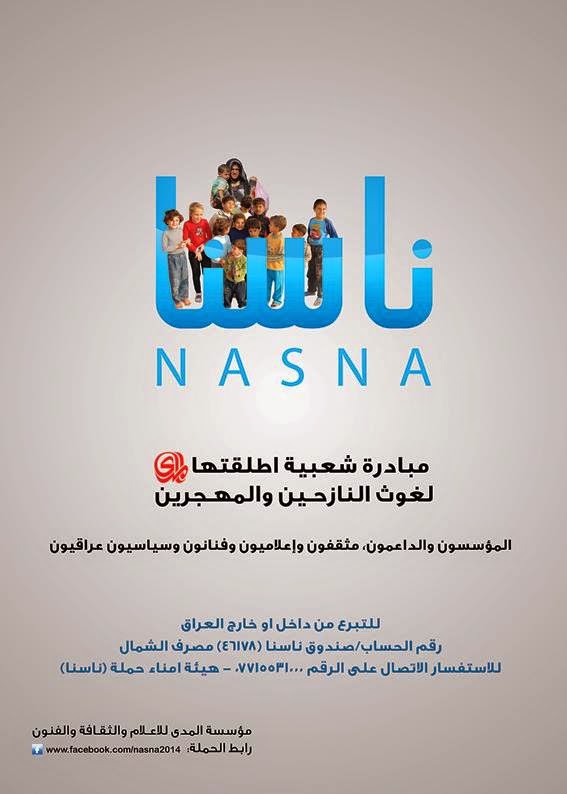 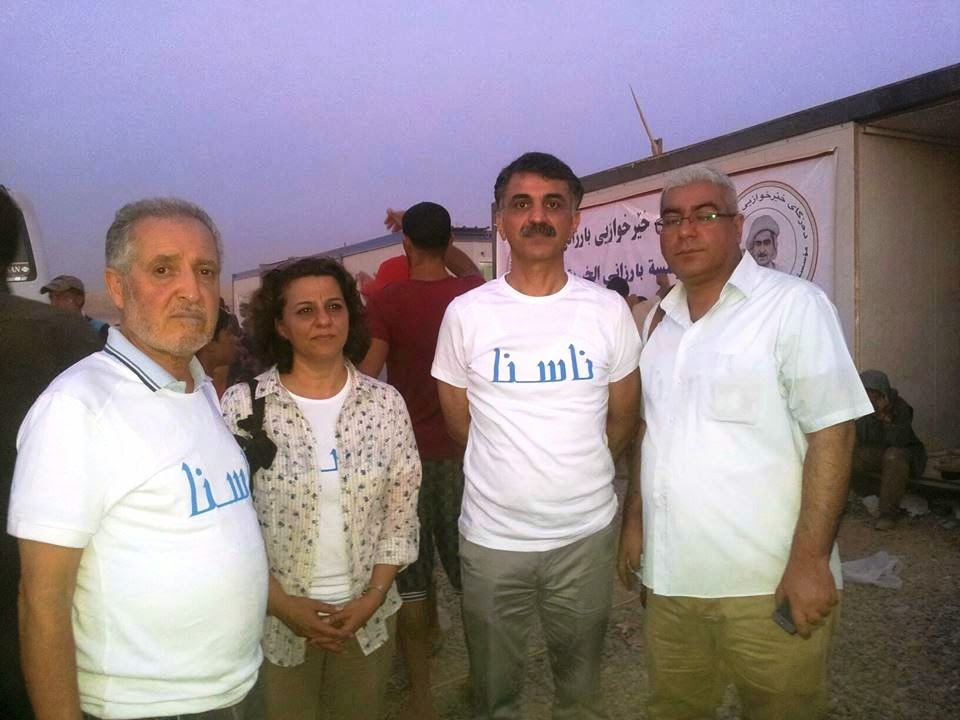 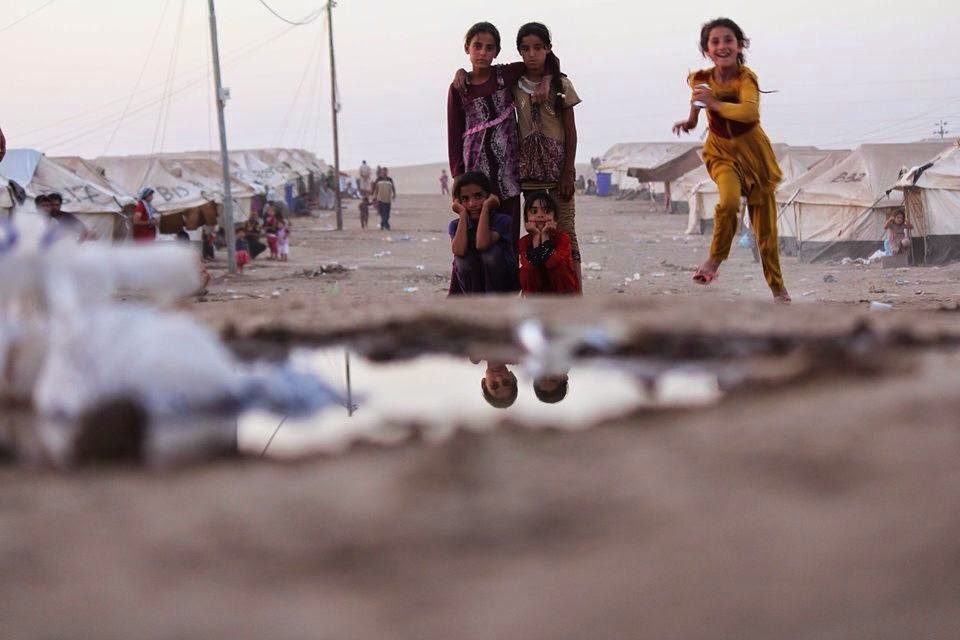 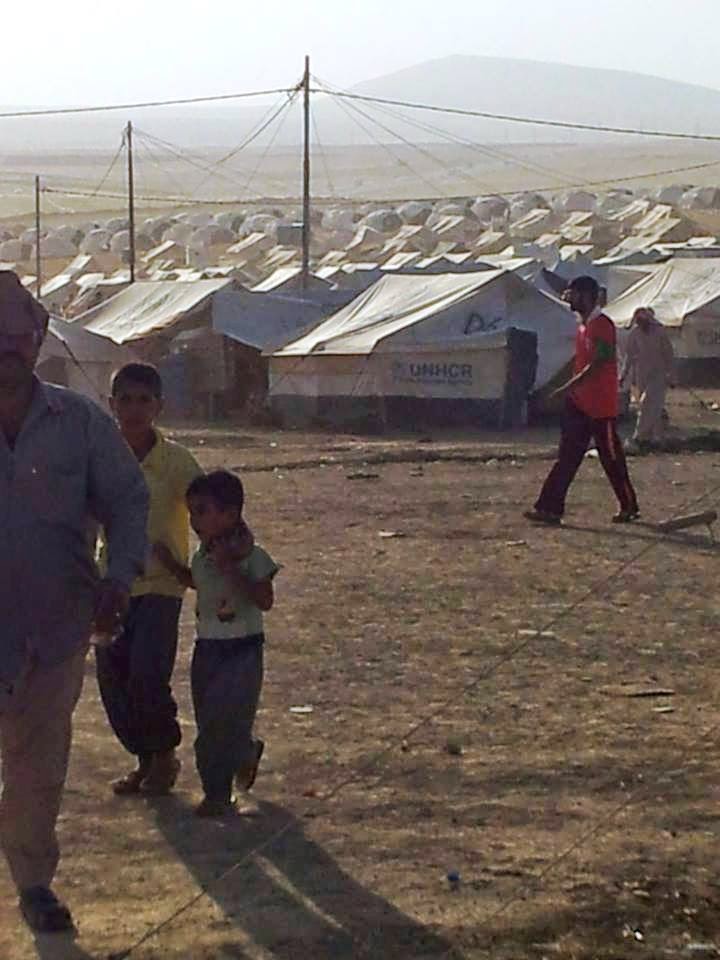 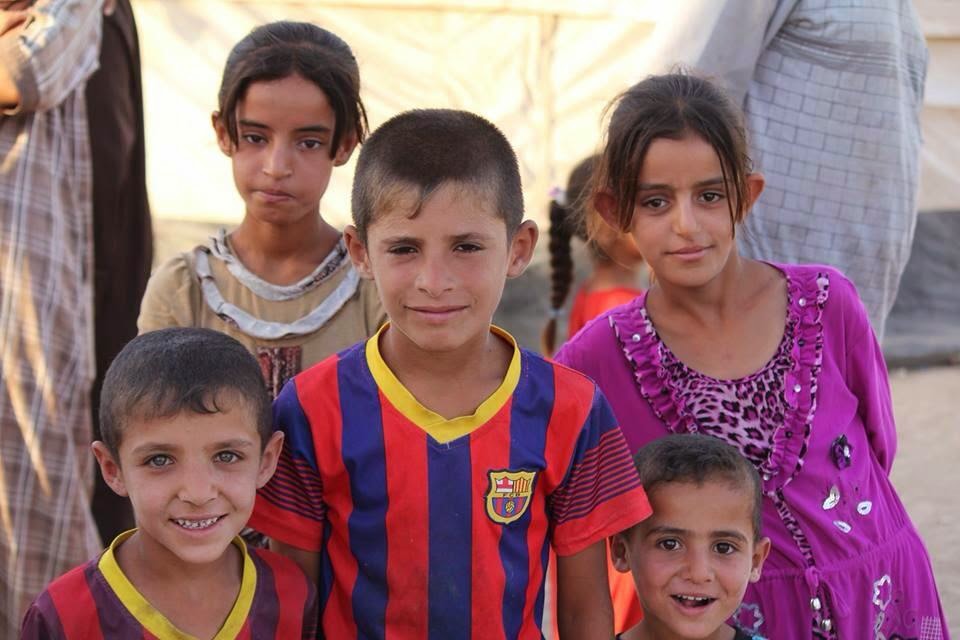 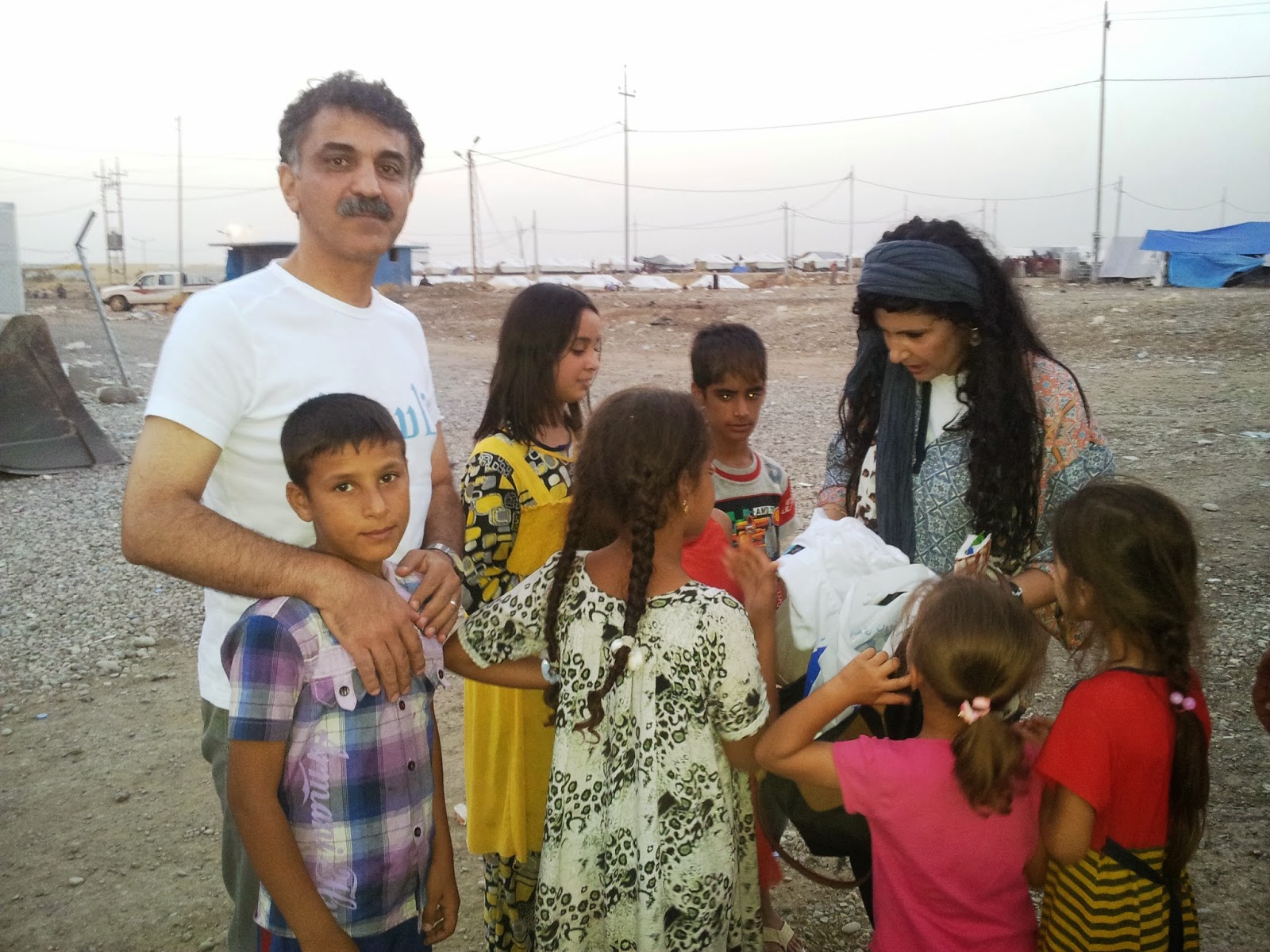 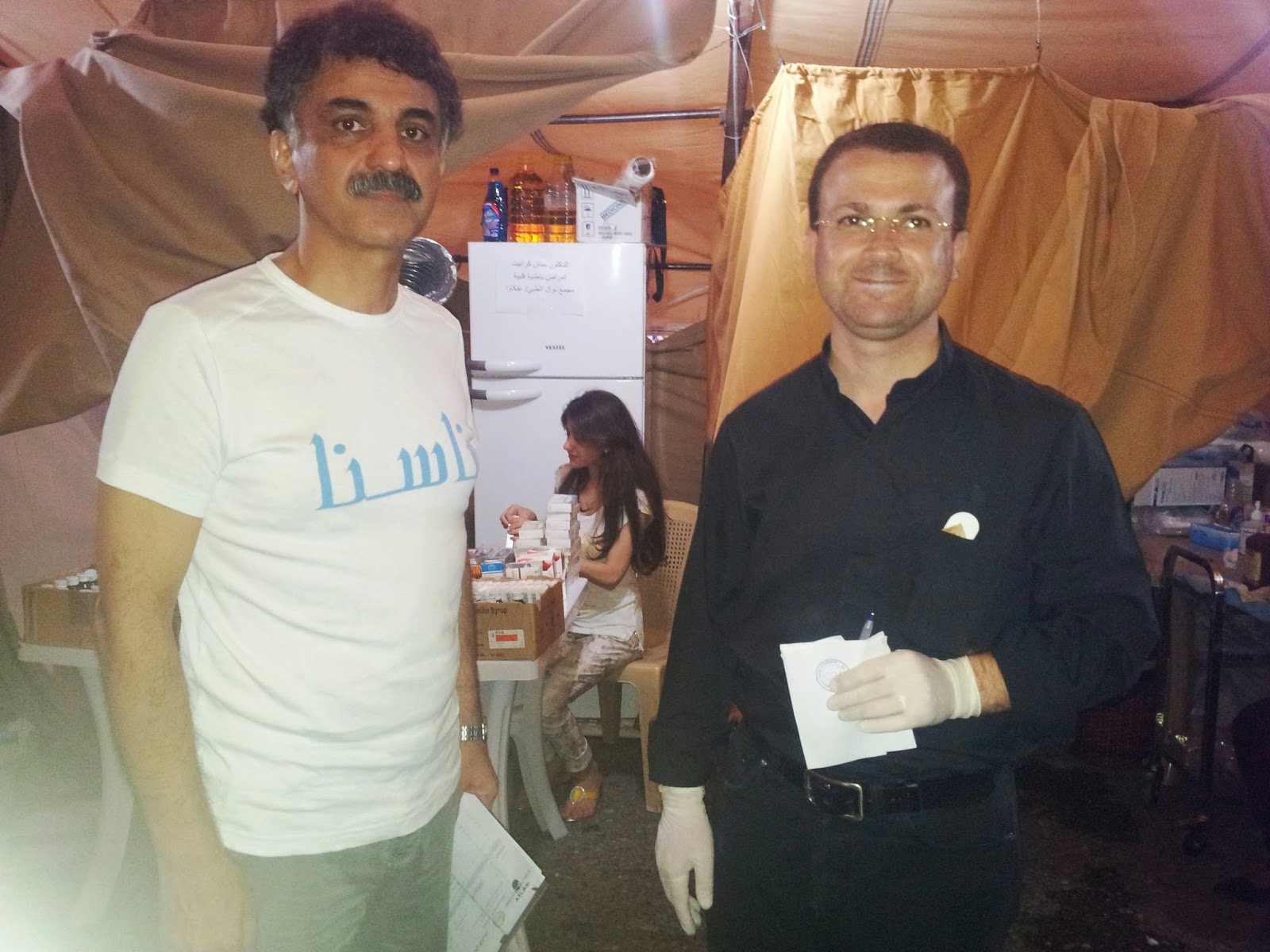 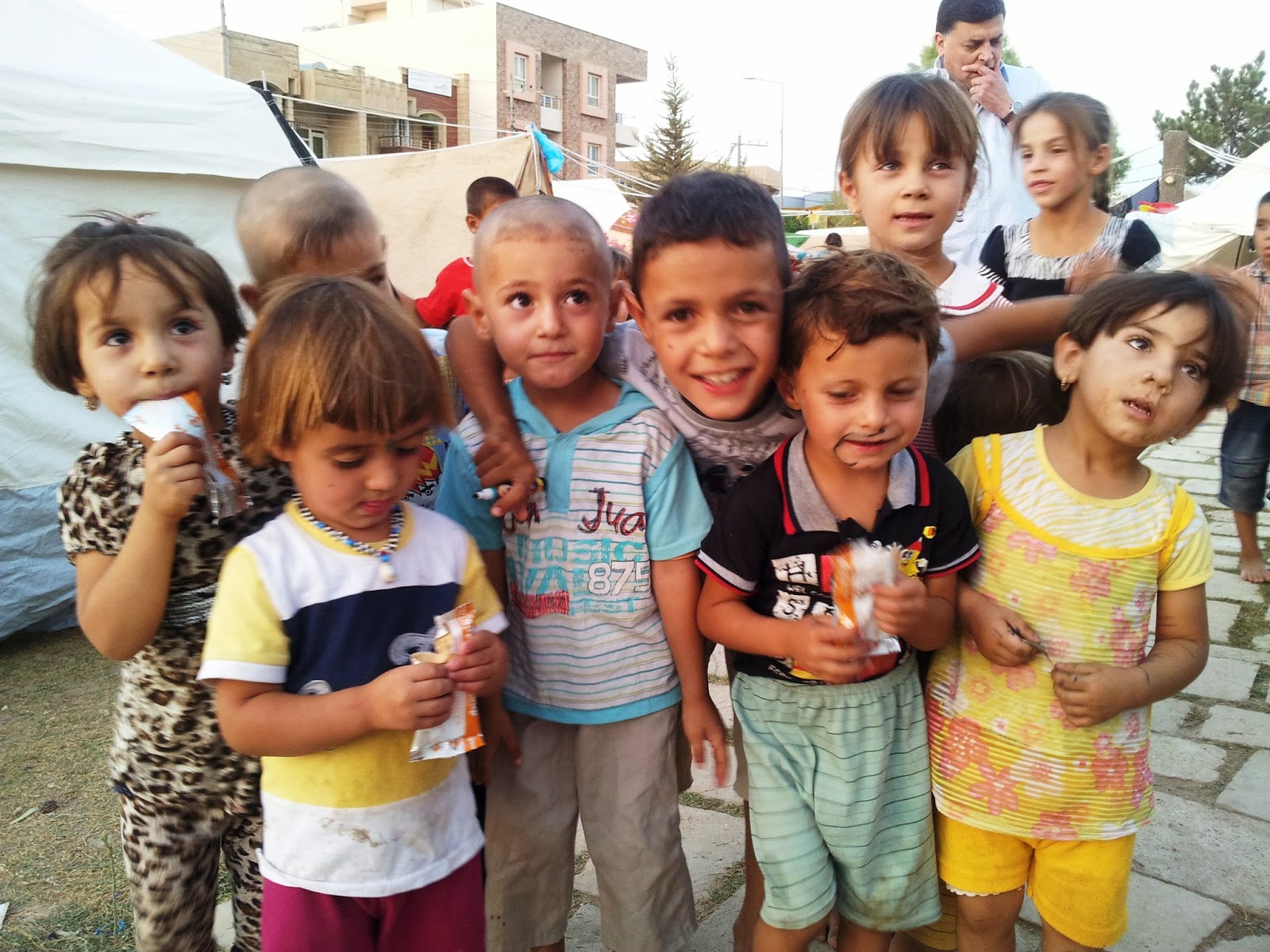 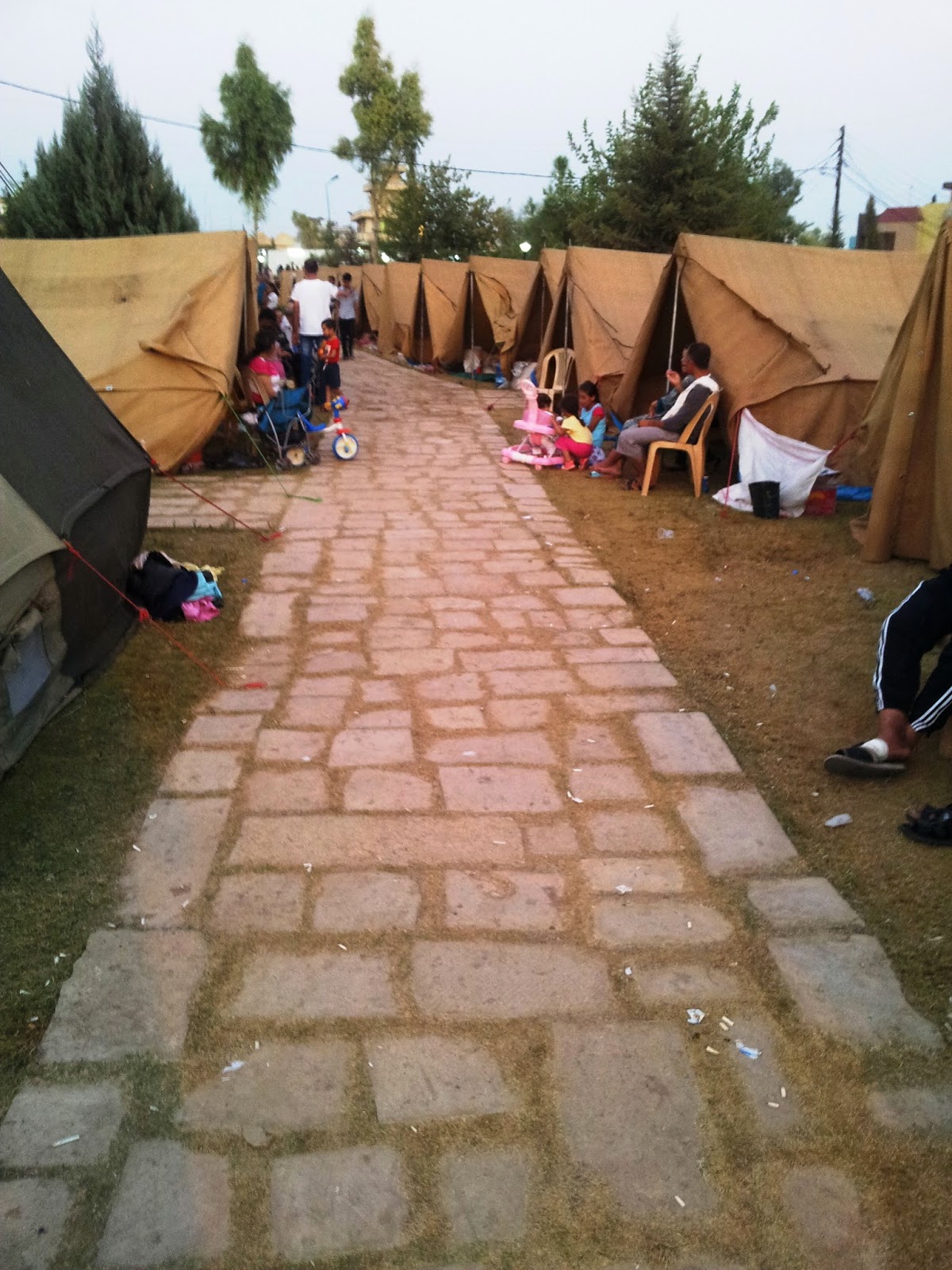 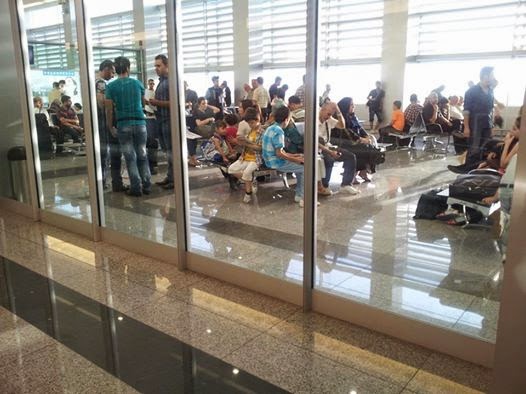 This is "Our People's" (NASNA) campaign for donating in favor of the Iraqi refugees.
The donations could be sent directly from any country to:
North Bank – Iraq- iq
Account Number 46178
Swift Nrttikbaxxx
Tel: 009647715531000