The Trump Presidency and US Foreign Policy in the Middle East: Pouring Oil on the Fire?

This is the first in a lengthy series of post which will monitor and analyze Us foreign policy in the Middle East under the Trump administration.

In an earlier post, I speculated on what a Trump Middle East foreign policy might encompass (http://new-middle-east.blogspot.it/2016/11/the-trump-presidency-us-foreign-policy.html).  Little did we know that President Trump would up-end much of the United States’ traditional policies in the MENA region so soon after taking office.  Now that we have seen how much change Trump has already brought to US Middle East foreign policy during his first week in office, what can we predict will be the outcome?

Trump’s style runs completely counter to traditional diplomacy.  In some respects, this is a good   Too often in the past, US presidents and secretaries of state have been too timid in criticizing political elites in nation-states whose policies run counter to US national interests and international political norms and values.  A good example of this timidly has been the lack of criticism of Saudi Arabia for its domestic human rights abuses and sponsorship of global terrorism via the export of its extremist Wahhabi ideology.  Obviously, the need for Saudi oil made any US administration forgo criticism of the oppressive Saudi regime.  It will be interesting to see if Trump continues this policy tradition. 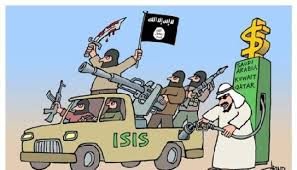 Trump’s foreign policy, like his domestic policy, applies a business model drawn, in part, from the decision-making process outlined in his well- known book, The Art of the Deal.  It is already clear that staking out an aggressive policy position with regards to foreign nations will be his modus operandi.  To accomplish that end, Trump feels he must stake out his position in publicly.  Unlike the business world, however, public diplomacy - in the Trumpian sense - has already shown itself to be counter-productive.  Certainly the last week has proven this to be true.

Embarrassing foreign leaders may play well with Trump’s pugilistic aide, Steven Bannon, and his social base in the US, but will, if continued, damage the US’ standing not only in Latin America but other parts of the world. For example, many foreign leaders, such as Pope Francis and the mayor of Berlin, just to mention two, oppose the wall and have asked Trump not to build it.  (Thus far, only one political leader, Israeli Prime Minister Benjamin Netanyahu, has publicly supported Trump’s wall).

The second policy which bans citizens from 7 Muslim majority countries in the Middle East from federal judge has already blocked the implementation of Trump’s ban.  At least 2 countries, Iran and Iraq, have reciprocated by blocking American citizens from entering their countries.

entering the US for 120 days has led to international condemnation (as well as domestic, e.g., American Jewish groups criticized Trump for announcing the ban on Holocaust Remembrance Day). Two

A nation-state’s security is always its most important concern.  President Trump is on the mark to be concerned, as commander- in- chief, about the United States’ security, especially in an era of increased international terrorism.  However, the question on the table is whether his executive orders during his first week in office enhance or undermine the security of the United States.   Are we as a country more or less secure as a result of his actions?

In the case of Iran, this tit-for-tat will not have an immediate or significant detrimental effect on United States policy in the Middle East.  In the case of Iraq, on the other hand, the impact could be enormous if continued beyond the 120 days.  In the short term, Iraq’s counter-policy will constrain US diplomats in pursuing our national interests in Iraq because their contacts and movement in the country will undoubtedly be impeded.

In the longer term, the Trump ban will provide great propaganda fodder for Iraqi politicians hostile to the US, e.g., pro-Iranian militias and Muqtada al-Sadr, leader of the Sadrist movement.  The ban will give more ammunition to Iran’s allies within the Iraqi government, such as the sectarian former Prime Minister, Nuri al-Maliki, whose policies, after he began his second term as prime minister in 2010, exacerbated many of the political problems which Iraq currently faces.   But it is militia leaders such as Hadi al-Ameri, Qais Khazzali and Abu Mahdi al-Muhandis, who maintain close ties to Iran, will be the greatest beneficiaries.

In Europe, the United States’ NATO allies are horrified by the ban.  Here in Italy, where I am writing this post, newspaper headlines are dominated by the immigration ban.  Today’s Corriere della Sera announces: “Trump stops the immigrants. Those who have arrived from 7 countries are forbidden entry. Protests in American airports” (Trump ferma gli immigranti. Bloccati quelli in arrive da sette Paesi. Proteste negli aeroporti americani).  If the European Union, which is the United States’ most important ally, continues to view Trump negatively, it could adversely affect the Western alliance.

There are other problems with the ban.  How can Trump explain why Saudi Arabia, whose citizens were responsible for the 9/11 attacks, is not included in the ban?  Why is Egypt not covered by the ban? Could US business interests be at play in explaining this contradiction in Trump’s policy?  Specifically, could Trump’s own business interests in Saudi Arabia and Egypt explain their not being included in the ban?  Put differently, many foreign countries see the omission of Saudi Arabia in particular as contradicting the supposed goals of the policy and hypocritical.

Who benefits from Trump’s ban on immigration?  A main beneficiary is Vladimir Putin.  Trump is accelerating a process which began with Barack Obama’s retreat from the Middle East, especially his refusal to maintain troops in Iraq after 2011 and refusing to find a solution to the Syrian crisis.  If Obama allowed Russia to exploit the vacuum that he created in the Middle East, Trump is increasing Putin’s influence in the region.

Despite calls from Republicans, such as Senators John McCain and Lindsey Graham, Trump has refused to say anything negative about Putin, including condemning his policies in Syria which has resulted in serious civilian causalities through bombing and have stiffened Bashar al-Asad’s resolve not to agree to a negotiated solution to the crisis.  And Trump has refused to criticize Russian policy in the Ukraine – the seizure of Crimea and the support of pro-Russian separatists in eastern Ukraine.

Trump’s refusal to call out Putin for his efforts to interfere in the 2016 presidential elections, and his dictatorial rule, which has involved suppressing all opposition Russian media, seizing the assets of capitalists, and enriching himself and his personal elite through widespread corruption is only adding to the United States’ foreign policy problems.  It threatens to divide and possibly even destroy the traditional Western alliance which was built after WW II.  NATO and later the European Union have become the most successful alliance and economic partner respectively for the US.  To undercut NATO and the EU will only work to Putin’s benefit and encourage him to engaged in even more aggressive foreign policy behavior vis-à-vis Europe, economically and militarily.

The ban is being interpreted in many Muslim majority countries.as an attack on Islam.  This is unfortunate because it can be argued that Trump has made a self-fulfilling prophecy of Samuel Huntington’s well-know, but flawed, “crisis of civilizations” argument. 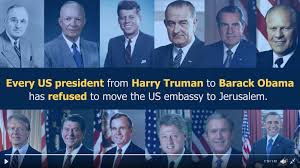 Yet another dimension of Trump’s Middle East policy is his goal of moving the US Embassy in Israel from Tel Aviv to Jerusalem, a policy with which even many Israelis feel uncomfortable and is not supported by most of the United States’ allies, either in Europe or the Middle East. The question should be asked again.  Whose interest does this decision serve?

Moving the US embassy to Jerusalem will further undermine the already moribund peace process between Israel and the Palestine National Authority.  Also it makes it more difficult for Arab states which would like to engage in rapprochement with Israel to be able to do so.  Along with the ban of citizens from Muslim majority countries in the Middle East, moving the United States embassy will anger Muslims throughout the Middle East and larger Muslim world and, once again, provide great copy for the terrorist propaganda mill.

The answer in both cases is no.  The United States also has in place a strong vetting system for all foreign nationals entering the United States.  For example, the North American Free Trade Agreement (NAFTA) has created a comprehensive data base linking Canada the United States and Mexico, in other words, if a terrorist were to land in Mexico City, that individual’s name would appear in Washington and Ottawa.

Having the United States Embassy to Israel move from Tel Aviv to Jerusalem will only inflame passions in the Middle East, which is probably the most unstable region in the world.  Trump’s declaration has already encouraged the government of Prime Minister Benjamin Netanyahu to dramatically increase illegal settlements in the West Bank.  It strengthens the extreme right in Israel which does not enjoy support among the majority of Israelis as is clear from local public opinion polls.

Acting “tough” and making policy which has not been vetted by a range of Middle East regional experts, military officials, members of e intelligence community and Congressional representatives will lead to completely counter-productive results with potentially dangerous consequences.

Posted by Eric Davis at 4:16 PM No comments: