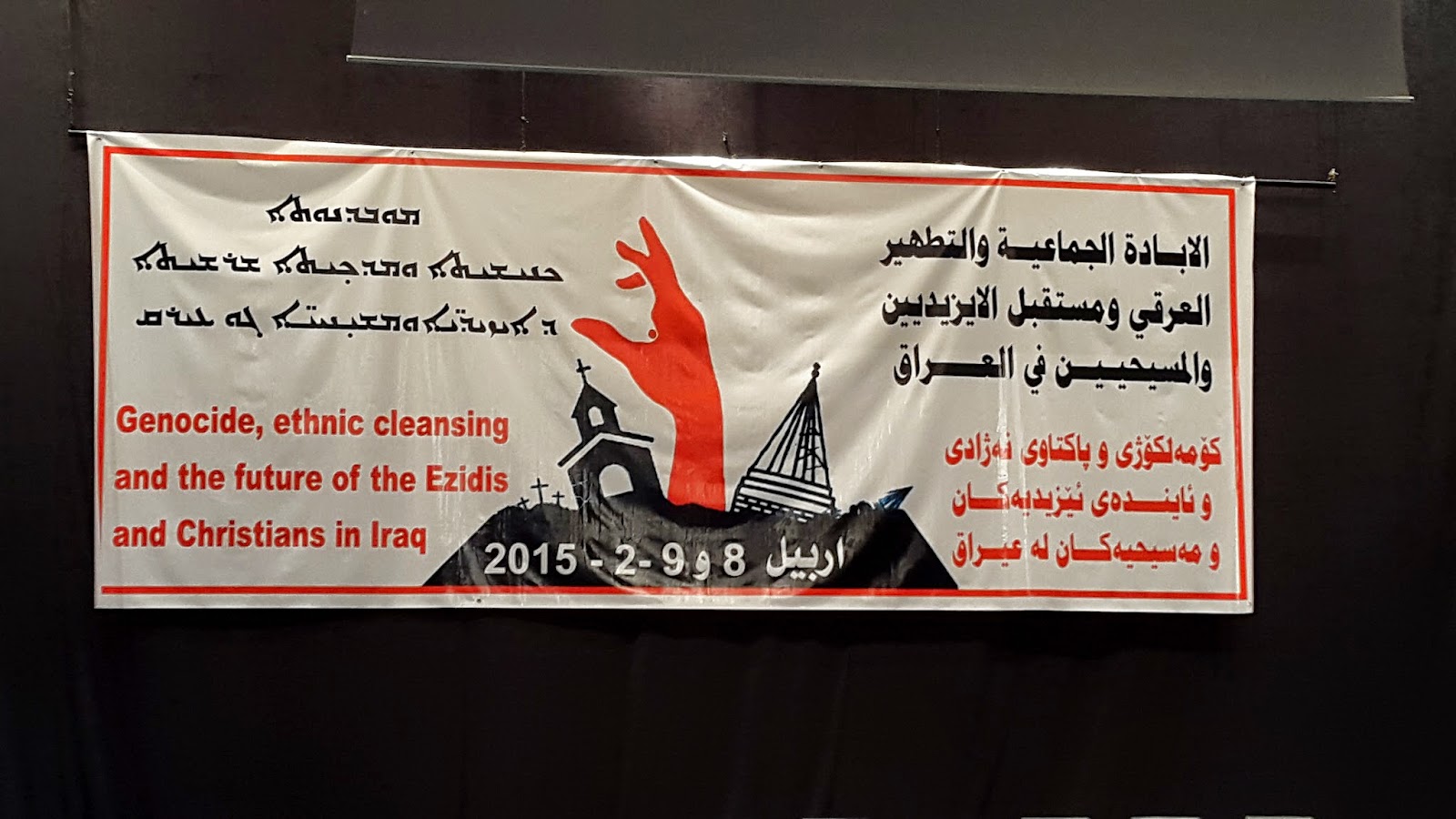 Pursuant to the outcome of the Workshop: “Towards the Protection of Diversity in Iraq” held by the Civil Initiative under the auspices of the Speaker, on 27th November 2014 in the Constitutional Hall in the Council Building, attended by the Chairmen of Civil Society Committee, the Human Rights Committee and the Legal Committee, a number of advisors of the Council, and representatives from the Ministries of Interior and Human Rights, as well as representatives from 16 local civil society organizations, international organizations and foreign embassies, and a number of researchers and specialists,
And, pursuant to the dialogues and meetings already held by the Civil Initiative with the previous Council of Representatives,
We submit to you our letter that includes the outcome of our discussions and conversations with you, and submit our vision and practical proposals to protect this diversity and enrich it within the framework of the national identity, looking forward to the positive interaction with it by creating the appropriate legal and procedural mechanisms to achieve our common goals.

*          *            *
The Civil Initiative of the NGOs emphasizes two substantive facts that would save the entity and the identity of Iraq, and protect the cultural and human diversity. They are indispensable for any expected and effective reform, namely:

But the facts indicate that Iraq is witnessing today a terrible throwback to the identities of the pre-citizenship, which considerably undermined the awareness of the Iraqi individual of the importance of his civil role and inserted him in the midst of an artificial conflict, in which religion, sect, clan and ethnic criteria became the driving force of his behavior and values. The religious and ethnic minorities are paying an additional heavy price for the absence of the principle of citizenship, due to their lack of political and legal influence to survive and adapt in a repellent environment that practice discrimination and exclusion to the maximum. The new dream for most of those components is to get a mass asylum in a foreign country where “their blood is not shed or their property and honor are not infringed."

We appeal to the Council of Representatives to fulfill its constitutional duties through a series of urgent legislative and political measures that we think are critical to preserve unity and sovereignty of Iraq, and its cultural diversity as well as national identity and its cultural and humanitarian character. The following are proposed measures:
a.       Conduct an immediate census for the displaced families in all parts of Iraq due to direct terrorism acts or indirect military operations, to provide them with smart IDs that include data base about their emerging demographic situation.
b.      Based on this census, they should be considered as honorary citizens, which gives them temporary comparative advantages over other citizens, such as regular compensatory salaries, additional rations, rewarding healthy insurance, partial exclusion from their debts to the State, accept their children in schools and universities, without restrictions, and provide them with new IDs to replace the lost ones.

c.       Establish a relief fund for IDPs financed primarily from the Iraqi State budget, with the standardized support from the tax revenues, investment sector donations, and the support of the international community. The aim of this fund is to provide adequate financial structure for the compensatory rights for the IDPs under this law.
d.      Allocating rewarding compensatory amounts (to be paid later) for each individual or family if it is proved that their property had been looted or destroyed during military operations.

e.       Allocating a certain percentage of the State budget for the purpose of reconstruction and development of the affected areas, which have been the scene of terrorist and military operations.
f.       Create a medal called “Iraqi Identity Medal” to be given to everyone displaced or have been deported within Iraq due to sectarian violence or military operations between security forces and terrorist groups.
a.      Ban discrimination against any component of the Iraqi people, and the prohibition of any attempt to integrate or melt such group within any component, or change its ethnic or linguistic status.
b.      The adoption of the principle of separation between the persons civil rights and his personal belief, because different religions should not lead to a difference in eligibility.
c.       Strengthen the principle of freedom of belief among minority components, and the right to publically practice religious rituals.
d.      Provide protection for those components and preserve their heritage, environment, cultural and religious property, and the use of their own languages.  And, prohibit any detrimental effect to their cultural identity landmarks, and consider their cultural heritage as an integral part of Iraq's cultural heritage.
e.       Apply the principle of equal opportunities through legislation and policies, including the participation of the representatives of those components in public affairs, and in senior positions in the State, whether in the judiciary or the Council of Representatives or the Council of Ministers or the Presidency or the security services, not on the basis of narrow ethnic quotas, but on the basis of professional merits and political experiences as Iraqis.
f.       Reparation and removal of the injustice suffered by those components caused by terrorist acts, through the adoption of transitional justice program.
g.      Re-consider the texts of all official documents and transactions of Iraqi citizen, and citizenship, including the removal of any reference to the sub- identities.

h.      The adoption of the main events among all non-Muslim religious communities as public holidays to their followers, to be celebrated at the popular and official levels.
i.        Reform the curriculum and teaching methods, particularly in the subjects of history, religious and civic education materials and the Arabic language, so as to promote a culture of diversity, tolerance, coexistence and sharing in the minds and behavior of the new generation from all components and beliefs.
Conference of
(Genocide, Ethnic Cleansing and the Future of Ezidis and Christians in Iraq)
Erbil 8 – 9 th February 2015

Posted by Eric Davis at 8:52 PM No comments:

The Killing of Lt. Muath al-Kasasbeh and the New Confrontation with the Islamic State مواجهة جديدة ضد تنظيم الدولة

Posted by Eric Davis at 9:09 PM No comments: