What Iraq "enjoys" unlike any other Middle Eastern country - two authoritarian governments! 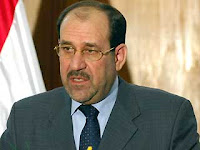 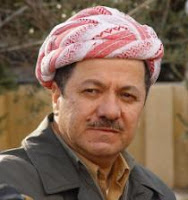 Iraq has the distinct disadvantage compared to all other countries of the Middle East of having not one, but two authoritarian regimes. In Baghdad, Prime Minister Nuri al-Maliki's government has not only suppressed peaceful protests but has systematically moved to eliminate any system of checks and balances that would constrain his power. In the semi-autonomous Kurdish Regional Government (KRG), President Masoud Barzani has likewise worked to remove any challenges to his authority. In this process, his Kurdish Democratic Party (KDP) had been supported by the other power broker in the KRG, the Patriotic Union of Kurdistan (PUK). Put differently, Iraqis are oppressed by two authoritarian governments, one Arab and one Kurdish.

With all the current attention on Libya, Syria and Yemen, Iraq has been neglected in the Western media. However, demonstrations have continued both in the Arab and Kurdish areas of the country. These demonstrations have led to numerous arrests, and demonstrators being wounded and even killed. Despite ethnic differences, Arabs and Kurds in Iraq are protesting against the same issues.

In Baghdad, demonstrators continue to protest state corruption, the lack of public services, and the failure of the government to abide by transparent governance and the rule of law. Iraqi protesters have demanded that the al-Maliki government implement its election promises and cease attacking peaceful demonstrators who are trying to exercise their rights. On February 26th, 23 protesters were killed as Iraqis, following democracy activists elsewhere in the region, began their own "Day of Rage."

Following widespread arrests over the past two months, protesters are now demanding that the al-Maliki government release those who have been arrested. In other Middle Eastern countries, the slogan "Day of Rage" has characterized the regular Friday protests that follow mosque prayers. In Iraq, protesters have now added to that slogan, "The Friday commemorating the imprisoned innocents" ((jum'at mu'taqal al-abriya').

As reported by al-Hayat, (April 2), Iraqi security police have arrested women, children and the elderly and not just young men. These arrests have sparked more protests as security forces have blocked off streets around Liberation Square (Sahat al-Tahrir) in central Baghdad to prevent more Friday demonstrations.

Iraqi protesters have a right to be concerned with corruption. The Iraqi parliament's Integrity Committee has been investigating numerous cases of corruption which have been given greater impetus by country-wide protests that have condemned misuse of public funds (see al-Hayat, April 23). According to the committee's assistant chairperson, Ibrahim al-Juburi, financial and administrative corruption is widespread. He asserted that the lack of oversight since 2003, and the control of government funds by political parties and powerful political figures, explains Iraq's corruption problem.

The cases that the Committee are investigating range from contracts for buying aircraft from Canada, to expired foodstuffs that were purchased to be distributed to needy Iraqis, to metal detectors that do not function, to the purchase of a plot of land in downtown Baghdad on which a new university will be built. The new university, which will be known as al-Sadiq University (Jami'at al-Sadiq) will be run by one of al-Maliki's advisers, al-Shaykh Husayn Baraka al-Shami. The conditions under which the land for the new university was purchased are very suspect.

One of the important steps taken by the Iraqi parliament has been to abolish Article 136 of the District Courts' Foundational Law that prevents investigative agencies such as the Parliament's Integrity Committee, or the Agency for Financial Oversight (Diwan al-Riqaba al-Maliya), from prosecuting high ranking employees of government ministries, namely those who are director-generals or above.

Even with the Parliament's action, an unnamed high ranking member of the Integrity Committee expressed fear that the elimination of Article 136 would be prevented on political and legal grounds. al-Maliki's efforts to eliminate the independence of the Independent High Electoral Commission and the central bank, among other government agencies, raises questions of how much power Iraq's parliament can exert in controlling maleficence in the executive branch.

In the KRG, the Western and Arab media have been particularly remiss in not reporting the continuing demonstrations in the region's second largest city, Sulaimaniya. These demonstrations, which have been ongoing since last February 17th, follow the same pattern as in the Arab south. Protesters have demanded accountability on the KRG's part, an elimination of corruption, and the awarding of government employment on the basis of merit and not on the basis of ties to one of the two main political parties, the KDP or PUK.

While demonstrations have continued, security forces have attacked demonstrators and arrested numerous journalists who have sought to report on the protests. Reporters Without Borders has said that at least 14 journalists have been beaten and/or arrested in various areas of the KRG in connection with the demonstrations (al-Hayat, April 21).

Meanwhile, Iraqi President, Jalal Talabani, also PUK head, has accused the new Gorran (Change) Party of inspiring the unrest. Gorran is a party that was formed in 2009 that split from the PUK in demanding democratic reforms in the KRG. It successfully contested the July 2009 KRG Regional Parliament elections, winning 25 seats.

Talabani's response to peaceful protests parallels that of al-Maliki and other authoritarian leaders throughout the Middle East. Rather than confront legitimate grievances, blame is cast on "troublemakers, outside agitators, and Islamists." In this instance, his ire has been directed at Gorran for "stirring up trouble."

What developments throughout the Middle East suggest is the need for greater coordination among democracy activists. In Iraq, it would make great sense for Arab and Kurds (and Turkmen and other groups) to unite in a cross-ethnic coalition, much as occurred during the period of the powerful Iraqi nationalist movement (1908-1963) which brought together all Iraq's ethnic groups, Sunni Arabs, Shiite Arabs, Kurds, Christians, Jews, Turkmen and others.

Indeed, the Gorran Party flag contains the Arabic word for "change" (taghyir), indicating that it is not hostile to Arabs. Because many of the demonstrators who support Gorran in the KRG are young, like many of the demonstrators in the Arab south, there is the opportunity for both groups to use social media to coordinate their activities and make known to the rest of the world the oppressive behavior of both the al-Maliki government and the KRG. In other words, a Kurdish-Arab coalition, inspired by Gorran, could become a powerful force for democratic change in Iraq.

Ultimately, it would be helpful to have all democratic movements, from Egypt's April 6th Movement to Syria's Insan human rights organization to Gorran in the KRG, share websites that would serve as clearing houses for information, strategies and tactics throughout the Middle East. As we know, democracy is never a gift. It only comes to those who organize.
Posted by Eric Davis at 10:03 PM