Social Media: A Force for Political Change in Egypt 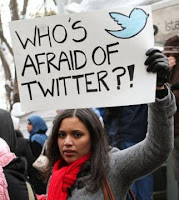 There has been much debate surrounding the role of social media in the 2011 Egyptian Revolution. Though the movement that led to the ousting of President Husni Mubarak has been dubbed the “Facebook Revolution,” it is not the first time that foreign media has been quick to connect a social networking site with a popular uprising.

The 2009 Iranian protests were labeled the “Twitter Revolution,” and ever since there are those who are adamant that social media is a vital instrument for mobilizing the masses while others argue that social media is just a new means of communication in a history of popular uprisings that fared quite well without these new technological innovations.

While social media is not necessary for organizing revolutions it served three important functions leading up to the Egyptian Revolution. It aided in building a politically conscious civil society over the course of a number of years prior to the Revolution, it lowered the threshold for engaging in political dissent by providing a relatively anonymous space for political debate in a country that outlaws gatherings of five or more people, and it allowed organizers to plan protests more easily and anonymously.

One of the first scholars to coin the term “cyber-resistance” in the context of Middle Eastern social movements was Mamoun Fandy. As far back as 1999, Fandy identified that Saudi opposition movements, such as the Movement for Islamic Reform in Arabia (MIRA), were using the internet as a tool for circumventing the ever watchful eyes of the oppressive regime.

Fandy found that the internet offered both opposition groups and the state an intermediate space where they were able to disseminate information in a virtual space that was beyond limited conceptual and physical spaces. The internet provided “a new space for airing grievances with minimal risk.” By emailing opposition newsletters and information throughout the Kingdom, MIRA was able to promote its cause without the physical risk of going out into the streets in protest or holding illegal meetings that could be shut down by the authorities.

Critics might argue that there was little difference between the use of email and the more traditional method of distributing cassette tapes by anti-regime clerics, but the novelty was that by using email, information could be disseminated simultaneously and immediately to a large number of people simply with a click of the mouse.

Other than the work of Fandy and a few others, there was little written about the use of social networking in political protest movements for quite a while. While the media began to latch on to the importance of social networking after Facebook and Twitter helped rally the youth vote in the 2008 American presidential elections, it was during the protests following the 2009 Iranian presidential elections that social networking sites were deemed such a central tool in mobilizing the masses that the uprising was labeled by many as the “Twitter Revolution.”

Within the Iranian context, Twitter was used to organize protests and disseminate information. According to Time magazine, Twitter was the medium of the movement because it was easy for average citizens to use but difficult for government authorities to control. The purpose of Twitter is for news to spread and spread fast, which makes it an ideal method for organizing a mass protest. Even when the government attempted to block Twitter, proxy servers were set up to allow Twitter content into Iran through network addresses that had not been blocked.

In June 2009 the U.S. State Department reached out to Twitter and asked the company to delay its planned upgrades so that Iranian protesters using the social networking site would be protected and would have access to it as a means of communication. This request by the U.S. government highlights the importance of sites such as Twitter and Facebook not only for casual social networking but also as a political instrument, a fact that governments both promoting democratic initiatives and attempting to maintain authoritarian rule are beginning to recognize.

Just as soon as the media began to proclaim that social networking was pivotal for mass mobilization in the Iranian uprisings, others began to question how important these sites really were and claimed that their centrality was overstated. Throughout history, protests against oppressive regimes occurred without the use of social networking sites. People still managed to organize and amass large crowds virtually overnight before the advent of Twitter, including during the 1979 Iranian Revolution. Wasn’t Twitter just a new way of doing the same old thing?

The debate over the importance of social networking continued during the 2011 Egyptian Revolution. Just as the Iranian protests had been labeled the Twitter Revolution, the foreign press was quick to cast the Egyptian uprising as the Facebook Revolution. However, as quickly as the name caught on, it was called into question on January 27, 2011 when the Egyptian government took the unprecedented step of shutting down all internet service in the country.

In addition to the Internet blackout, a large number of Egyptians lost mobile service. Despite the unanticipated loss of virtually all modern technological means of communication, protest organizers were able to bring out larger crowds than ever using flyers and leaflets, word of mouth, and mosques as centers for congregation.

If protest organizers were still able to amass large crowds in such a short period of time without the use of social networking then why bother to call it a Facebook Revolution at all?

The importance of Facebook in the Egyptian Revolution lies in the events leading up to the Revolution. Revolutions are not usually spontaneous events. While outsiders may not anticipate the uprising until it occurs, revolutions often take careful planning and slowly unfold over a long period of time.

In 2008, the April 6 Youth Movement used Facebook and YouTube to organize a nationwide strike in support of workers in al-Mahalla al-Kubra. During the strikes citizen journalists used Twitter, Facebook, and Flickr to report on strikes and draw attention to their cause. By 2009 a New York Times article reported that the April 6 Youth Movement Facebook group had 70,000 members, mostly young educated Egyptians who were novices to the political scene.

The group members’ primary political grievances have centered on free speech, government nepotism, and economic stagnation. In addition to followers using the Facebook page as a public forum for political discussion, the organizers of the April 6 Youth Movement are able to post politically relevant news articles and videos to their wall and send out messages to followers providing political updates, accurate information, and news about upcoming events and protests.

In terms of bringing people off the web and into the streets, it has been a place for debating and planning protests and calling followers to engage in political activism. In a relatively closed society with government controlled media, the Movement was able to use Facebook as a tool for developing a young, politically informed civil society. Social media, in this case Facebook, lowers the threshold for political participation in countries ruled by authoritarian or closed regimes. While individuals’ private preferences may be in favor of regime change, the risks to one’s safety are often too large to publicly display such preferences.

The Internet provides a greater degree of anonymity where citizens can express their political ideas with less fear of reprisal. It also allows groups to circumvent the Egyptian Emergency Law that criminalizes the assembly of 5 or more people in a gathering that could "threaten public order." Facebook allows citizens from different areas of the country, who might otherwise never meet, to share political views and realize that they are not alone in their feelings of opposition to the regime. In short, Facebook aids in the development of civil society, particularly in countries where open political opposition is often curbed by force.

The April 6 Youth Movement is not the only group to use social media to reach the Egyptian masses. We are all Khalid Said, founded by Google executive Wael Ghonim as both a Facebook page and blog, was created in response to the death of twenty-eight year old political blogger Khalid Said at the hands of Egyptian police in Alexandria after Said posted a video on his blog exposing police corruption.

The purpose of the pages was to end torture in Egypt by exposing the brutality of the Egyptian regime. Posting graphic pictures and videos and providing information on Egyptian torture, the pages outraged many Egyptians and in 2010 more than 11,000 people heeded the call for silent protests in Cairo, Alexandria, and across Egypt against Khalid Said’s death. These protests were organized on the "We are all Khalid Said" Facebook page. We are all Khalid Said has become the largest Egyptian dissident page, attracting over one hundred thousand followers, who again came out in protest during the 2011 Egyptian Revolution.

In addition to the April 6 Youth Movement and We are all Khalid Said, other groups such as Kifaya, a grassroots coalition that opposed Husni Mubarak’s presidency, began using social networking to organize protests against the regime in 2004, close to the time of the 2005 presidential elections.

However, the Egyptian Revolution began on January 25, 2011 as an interaction between smaller organized groups, such as the April 6 Youth Movement, We are all Khalid Said, Justice and Freedom, Muslim Brotherhood youth, ElBaradei's campaign, The Popular Democratic Movement for Change (HASHD), and The Democratic Front, and a larger mass of disorganized, everyday citizens with economic grievances.

Though small, the organizing groups were clearly effective in bringing people to the streets who had never engaged in political activity a day in their lives. While organizers did meet in person, social media was sometimes a safer way to interact and plan. In protests organized in the years preceding the revolution, oftentimes organizers would never meet in person, conducting all planning and coordinating through Facebook.

While there will remain skeptics who feel that the role of social media leading up to the Egyptian Revolution has been overstated, one thing is certain. If one logs onto Facebook today, there are more Egyptians than ever before using the site to discuss the constitutional referendum, the role of the military, and a host of politically pressing issues. It appears that at least in the near future, Facebook will provide one of the primary forums for Egyptian youth’s political debates.
Posted by Eric Davis at 10:39 AM

It's nice to hear about this big change that drive middle east to a new hope. Social medias could be a big help.

Social media can coem out to be very effective to bring about changes. Political ones have been seen over the years.

Social media can make changes in political force. It is good post

It is a good site. I like this site because it is a helpful site. I love this site very much.

Thanks for the information..
blog is really gud.
Political Forum Site

Hai, your blog has informative. If you run campaign for your political party, you should need political marketing company to manage all kind of digital campaign.
Election campaign company in india
political digital marketing agency
How To Become a Politician In India